I’m not a super brave crafter. I like things that work and look nice. Once I have a method that gets reliable results I tend to go with that. I’ve been making things long enough to know that you do have to change it up, to experiment, sometimes. In my case that means pulling out some of the stacks of random supplies I collect (hey, I’m a crafter!) and methodically try them out. More often than I care to admit that results in some mess. 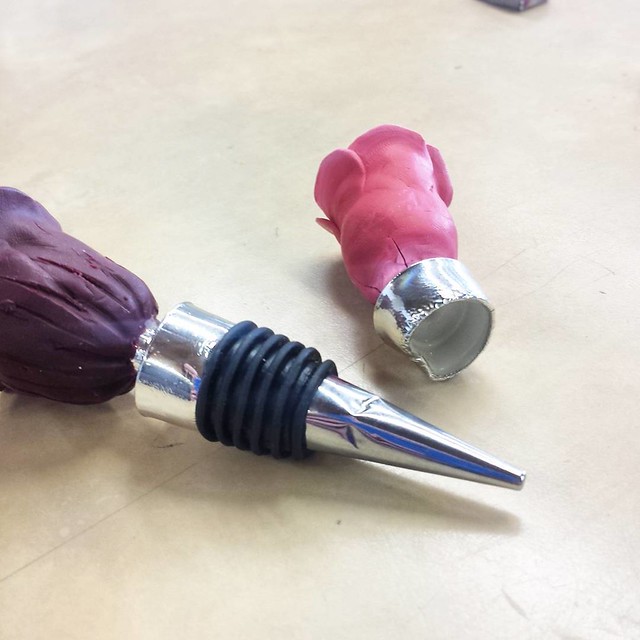 I order supplies from all sorts of places. Some of them rock. Some of them are pretty much the opposite. I made a bunch of great wine stoppers last year that were well received at shows. I ordered a whole pile more of blanks to play with, from several vendors. Some of them… melted. Sort of. They deformed. Which means I’ll have to use some other method with them than what I normally do. I have more of the ones that DID work but I’d like to not waste the other guys. 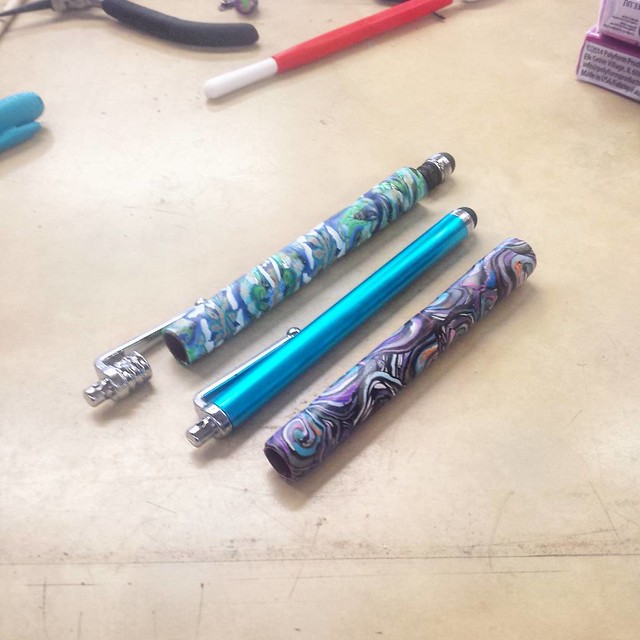 On the flip side, the pile of styluses I ordered work great. They were a trick to pull apart but covered like a charm. I just need to figure out what the right thickness should be and away I go. It’s been ages since I covered pens, a similar thing, so I am out of practice.